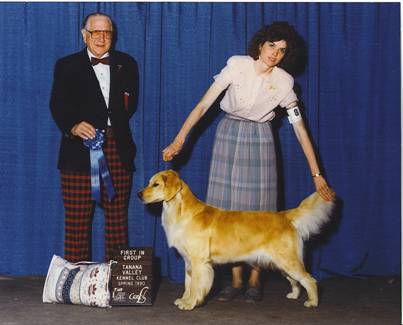 Best of Breed, New Champion followed by Group 1
Aimee finished her American and SKC Championship in spite of her very novice owner/handler/groomer!
My first show dog, first champion and the foundation of Aim-Hi Goldens, Aimee was bred by Tonya Struble in 1987.  She finished her championship (owner handled) at just under 3 years of age by going Best of Breed from the classes.  Later that afternoon, Tonya expertly handled Aimee to a Group I.  Talk about icing on the cake!
Aimee was all I could ever have wished for in a foundation bitch both in structure and temperament.   She was an Outstanding Dam having produced 5 American Champions, two of which also became Canadian Champions, an Outstanding Dam, a Canadian, SKC and two International BIS winners and a Show Dog Hall of Fame dog (Am/Can).
Aimee X Kirby
Am. CH Aim-Hi’s First And Foremost
Am./Can./SKC/UCI-I Int. CH. Aim-Hi’s First Rockin Robbie CGC/BIS-Int, Multi-BVIS-Int
Aimee X Cowboy
Am CH Aim Hi’s Special Addition OD
Am CH Aim Hi’s Xtra Special
Aimee X Dealer
Am./BIS Can./Int./SKC CH. Aim-Hi’s Alaskan Flyer SDHF, Can. HOF, CGC
She was my heart dog and we still miss her very much 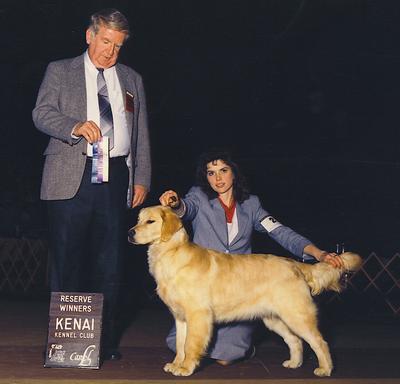 Aimee’s First Show – January 1998 (7 months)
In March ,1991 my good friend Linda Townsend and I traveled to our first Canadian Specialty.  This picture shows Aimee going Winners Female at the GRCC of BC Specialty handled to perfection by her breeder Tonya Struble. 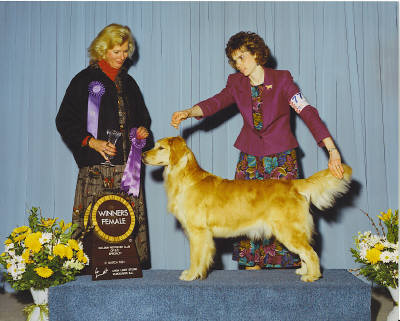 May of 1991 Aimee was bred to Kirby to produce their first litter.  I kept a male puppy who later became Ch Aim-Hi’s First and Foremost “Mykey” and Linda co-owned the pick bitch with me, Aim-Hi’s First Fling (pointed) “Heather”.
We returned to Canada for their National Specialty the following year with Aimee and her 8 month old puppies in tow. Aimee again went Winners Female and also BOW.  We were absolutely thrilled that Aimee won the Brood Bitch Class with Mykey and Heather.  Heather also won Best Puppy at the Evergreen show the day before the National.  Alas, Mykey did not do anything as I had mistakenly entered him as a female!   That was the last time I made THAT mistake! 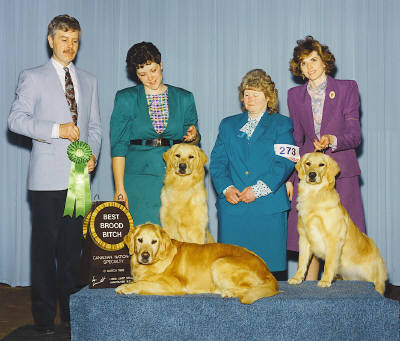 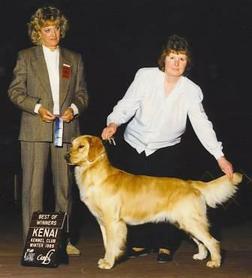 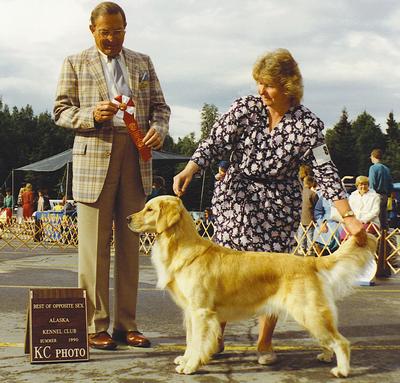 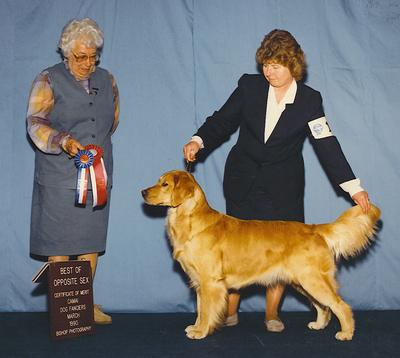 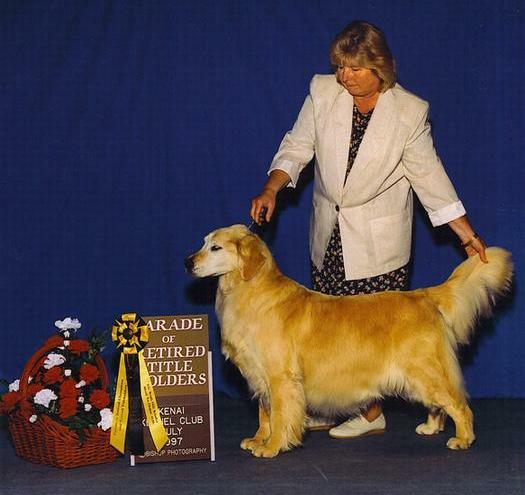